Falcons drop in for first JET graduation since pre-Covid 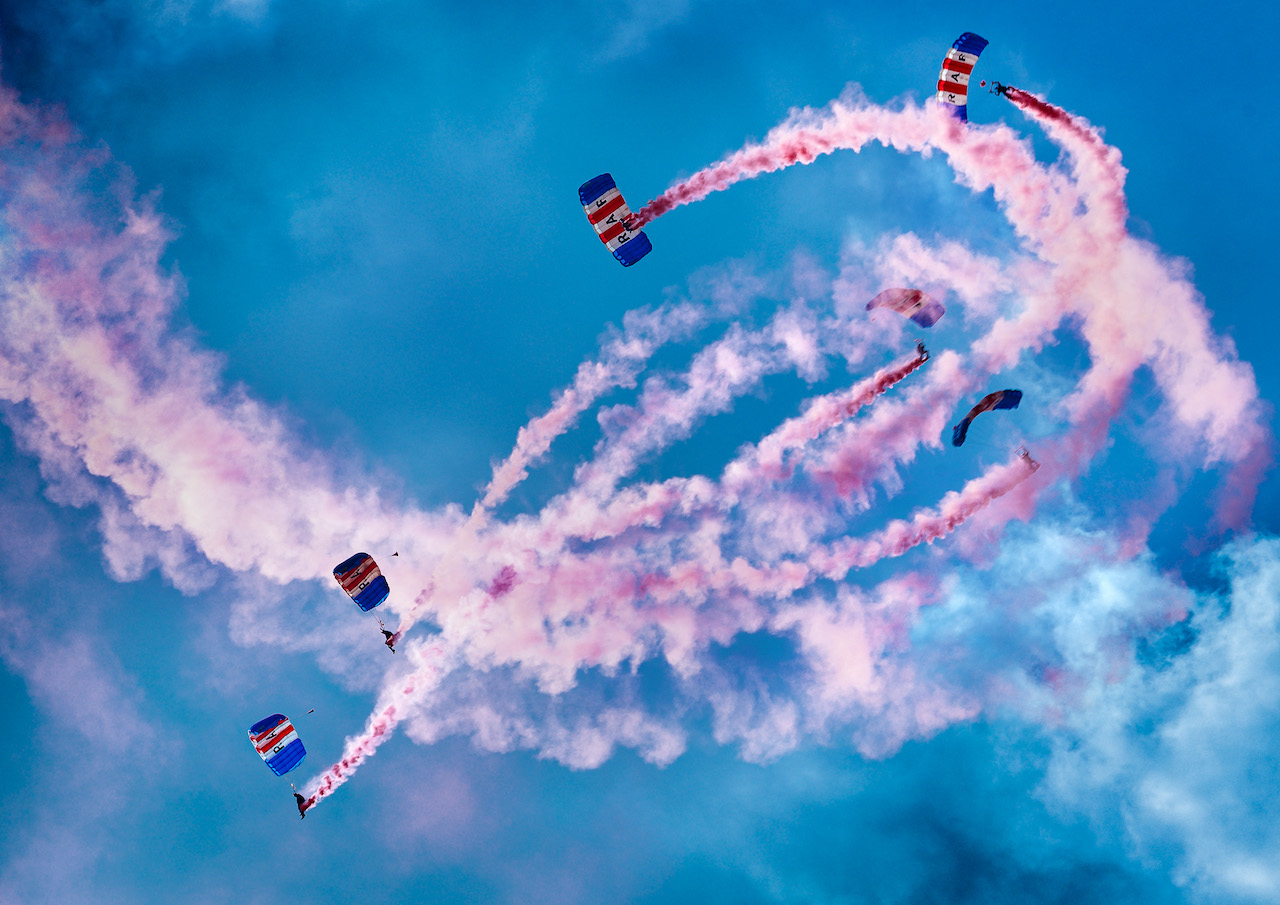 Oxfordshire’s Blue Skies 1 and 2 students were treated to an awe-inspiring display from the RAF Falcons last Thursday 18th May, in what was JET’s first graduation ceremony since the pandemic. The iconic parachute display team dropped into the ceremony (literally!) at RAF Brize Norton, to hand over the graduation certificates.

JET graduation ceremonies are traditionally held across the UK each year to mark the culmination of local Blue Skies programmes, and graduating students are supported to present their key JET highlights and challenges to the assembled audience.

Chris Hart, Headteacher of Carterton Community College, whose pupils were awarded their graduation certificates as part of the ceremony said: “I am in awe of the work of the trust, its dedication to youngsters during their most formative years, and the tangible benefits to them especially as we emerge from the pandemic. More than ever the Blue Skies programme is crucial to youngsters in rebuilding delayed personal confidence and development, working in teams and collaboration – with all that this brings: communication, leadership, co-operation and often, laughter and fun Blue-Sky days which sparkle.” 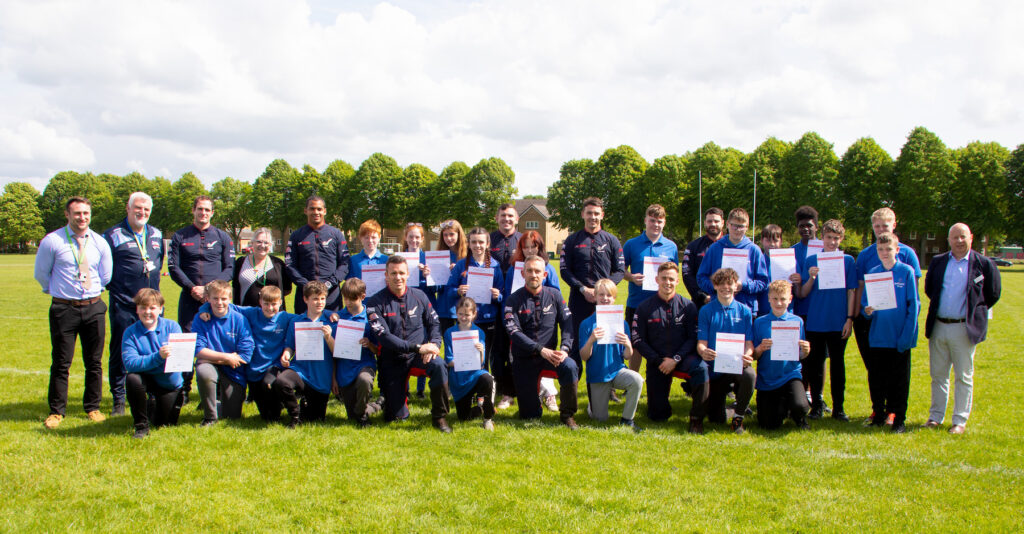 View from the Mayor

Carterton Mayor, Cllr Nick Leverton, who attended the graduation said: “I was humbled and inspired by the young people who spoke of their thoughts on the Blue Skies programme and also what being involved meant to them as individuals. It is probably not an exaggeration to say that our youngsters have faced many hurdles in their lives, not just with Covid and lockdown restrictions. It was wonderful to witness the impact your programmes have made.”

JET’s graduations and programmes would not be possible without the dedicated work of the JET team, headed in Oxfordshire by our local Youth Liaison Officer Kev Beresford, and the countless hours given by our inspiring military and civilian volunteers. A special shout-out to the teams at RAF Brize Norton, Bremont Watches, RAL Space, Rolls Royce, the Royal Agricultural University and Cotswold Wildlife Park for going above and beyond to support our current programmes in the Oxfordshire region.

As ever, the final word must go to our graduates though, who make us incredibly proud – never more so than when they speak publicly on a stage (often for the first time) with such confidence and positivity at their graduations. Shine bright JET graduates of 2022!