RAF Coningsby on board for Blue Skies support 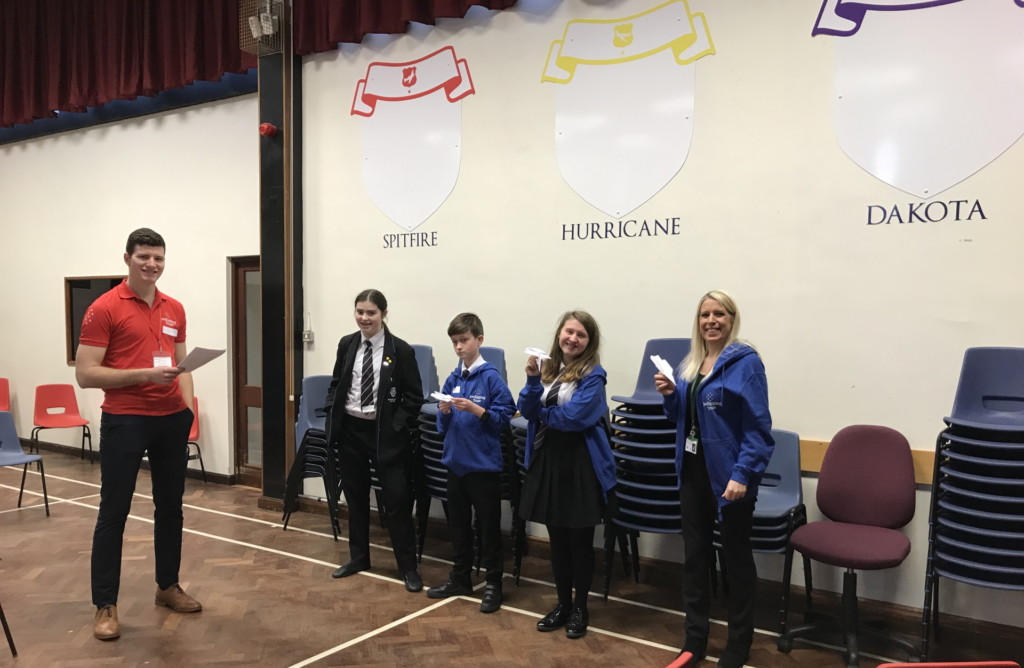 This Lincolnshire RAF base has supported JET’s Inspirational Outreach programmes for several years. Now RAF Coningsby colleagues have volunteered their time and skills, plus the use of the base as a venue, for students undertaking JET’s Blue Skies programme.

The pupils from nearby school Barnes Wallis Academy previously had to travel to bases further afield for their Blue Skies learning. Now they  have access to inspirational role models and career ideas closer to home as they meet and work with the RAF Coningsby team.

The first-ever Blue Skies session at RAF Coningsby took place in early 2020, delivered by a team of volunteers from the base alongside JET Liaison Officer Nicola. This crack team covers a wide range of backgrounds, experiences and personal interests. Students will be able to draw on these during the first two phases of the Blue Skies programme, which focus on teamwork and leadership. 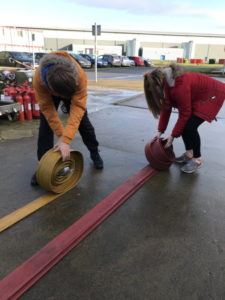 Putting communications and teamwork into practice

Following an introductory ‘getting to know you’ session at the school itself, where students explored the principles of communication and teamwork, they had a chance to put these into practice with some of the best in the business.  At RAF Coningsby’s fire section, students worked through a number of scenario-based problems. This included using the hoses to retain a chemical container and exploring the necessary kit for a search and rescue mission.

The students also had to obtain clues, which would lead them to reveal a potentially life-saving fire safety phrase: ‘stop, drop, and roll’. They were presented with certificates celebrating their achievements after this session. With their self-esteem and confidence boosted by this success, they felt ready to face the session’s next challenge. But first, lunch in the junior ranks’ mess and an opportunity to reflect on their morning’s efforts.

After lunch, Flying Officer James Osborne gave the Barnes Wallis cohort a tour of the Typhoon hangar and a Q & A session on these impressive combat aircraft. The students were clearly inspired as they continued to speak of their experiences well into the afternoon. 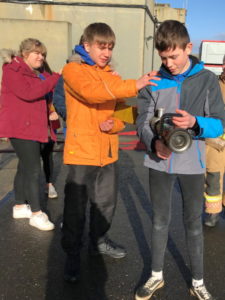 Their final activity of the day was to build a box from a variety of MTA (mobile team activity) kit. To achieve this, the students had to apply what they’d learned that morning in terms of communication and team work.

JETLO Nicola said: “The students have done really well so far. They have reflected brilliantly on how they work as a team and what their part within that team has been, how it shifts and could be different. Opportunities to reflect without judgement are key to getting the most from our young people. It helps to ensure that they feel they can be open and safe as they learn, grow and develop throughout the Blue Skies programme.”

The students departed the base, enthused and proud of their achievements, excited for their return visit in March.

“I felt really nervous and not capable of talking in a group. I feel like people have given me support and now I feel more confident and can talk in a group as an individual.” Student from Barnes Wallis Academy

Huge thanks to everyone at RAF Coningsby who is making it possible for JET to help these young people be the best they can be.