Finding the voice others need 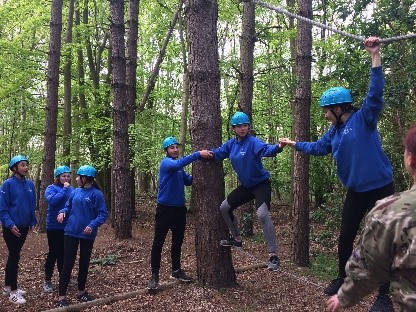 Students from Priory Witham Academy on the JET Blue Skies 2: Leadership Programme faced a number of leader and leaderless based challenges in this session. The morning began with a review on communication in all of its forms, including verbal and non-verbal. Our young people then completed a number of challenges to showcase the skills that they have been developing including ‘line up’ challenges as well as a variety of blindfolded and trust exercises. 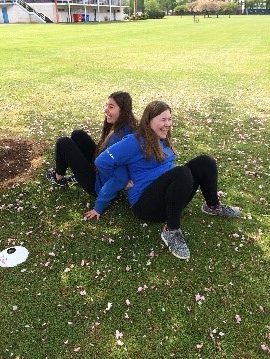 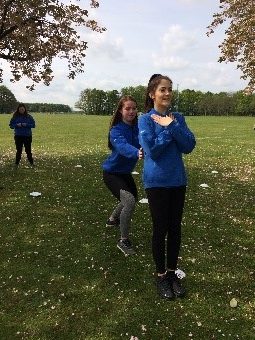 Throughout the rest of the day they would take it in turns to lead small teams. Having to grow and develop confidence in your abilities to lead and gain a sense of how you like to lead (style) is not an easy task and takes time. 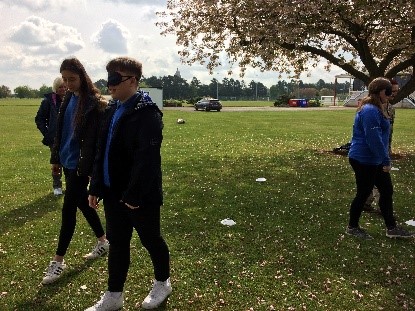 We explored that being a leader is about learning to look at the strengths within the team and utilise them, whilst also addressing any weaknesses. Our students found this was difficult to do at times with the ‘power’ or ‘pressure’ felt as a newly appointed leader. For some of our young people it was overwhelming and they realised at times too weighted with responsibility. They began to understand that leaders can lean on others for support and that those being led, also had a responsibility known as followership. 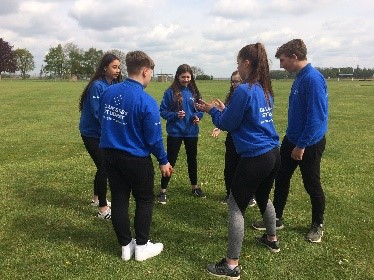 Followership is the actions of someone in a subordinate role. It can also be considered as followers that have a specific set of skills that complement leadership, They work together. Followership requires good judgement, work ethic, courage, competence, discretion, honesty, and loyalty. These things complement and help with leadership. 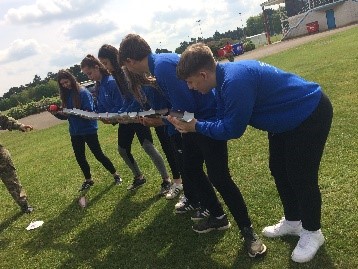 Leaders make decisions and set the direction, build a vision, or create something new. Leadership is about mapping out where you need to go to ‘win’ as a team or an organisation; it is dynamic, exciting, and inspiring. Yet, while leaders look to decide and set the direction, they must also use their management skills to guide their people to the right destination, in a smooth and efficient way.

Our Blue Skies students would begin to see this through the challenges they would face on the low ropes. First, our team saw themselves split two sides of an imaginary ravine with 30 minutes to get to the other side before they would be attacked. It didn’t take the two team leaders long to work out that they needed to work together to get both teams to safety. A plan was made and people were placed according to their strengths. Some team members naturally found their calling and the leaders allowed this to happen. One slight oversight in this task was that no time-keeper was allocated, so who knows if they made it across in time?! 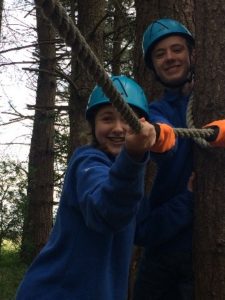 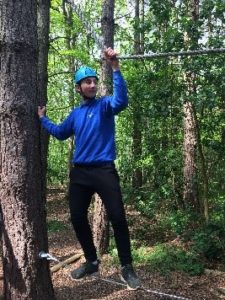 Secondly, a leader was tasked with their team stranded on four different islands with each sub-team needing to cross to their opposite side. Limitations included not being able to touch the floor and the fixed ropes were not all the required length for a simple crossing. This challenge highlighted how the complexity of a task can be overwhelming for one person or leader alone to solve, yet the pressure of being a leader can make them feel entirely responsible…so what do you do when as a leader you are finding it difficult to see a solution? 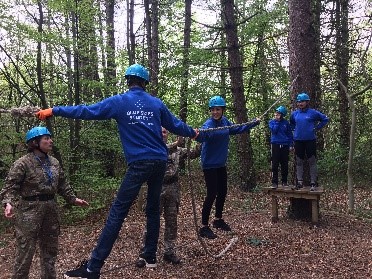 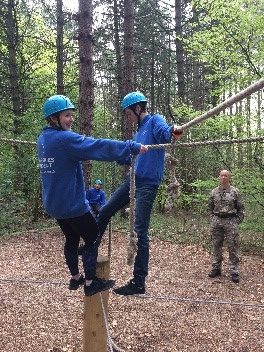 As our Blue Skies students found out; the team made good followers because together they showed good work ethic, courage, competence and a discretion and loyalty to get their leader and team to succeed. The leader was encouraged to move into a position which gave good sight of her team and to TRUST their judgement on this occasion. Trust is a vital component to both teamwork and leadership which led nicely onto the final challenge of the day, whereby some of the team opted in to do a trust fall. This is where they literally trust their team to catch them as they ‘fall’ from a raised platform.

‘It is great to see how the same task challenges individuals differently, yet together they work to help one another to succeed in their own ways.’ JETLO and Volunteer quote 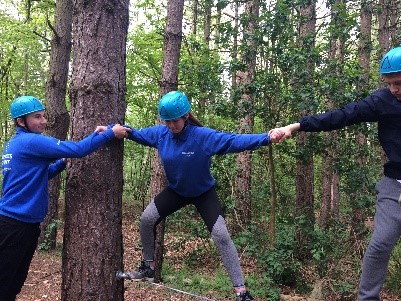 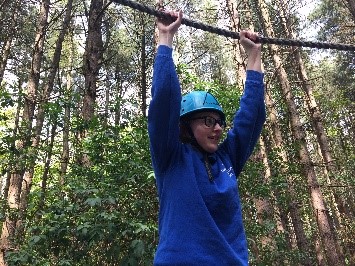 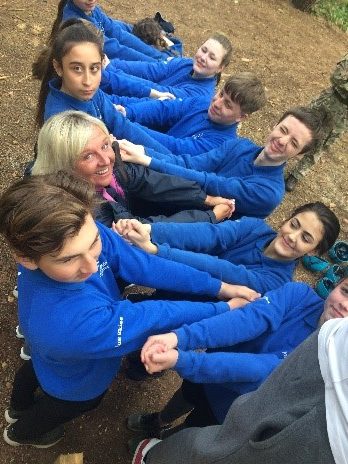 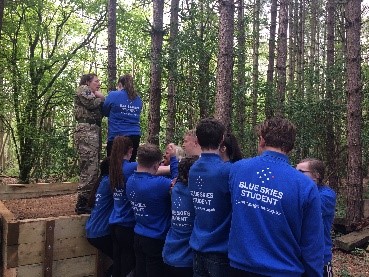