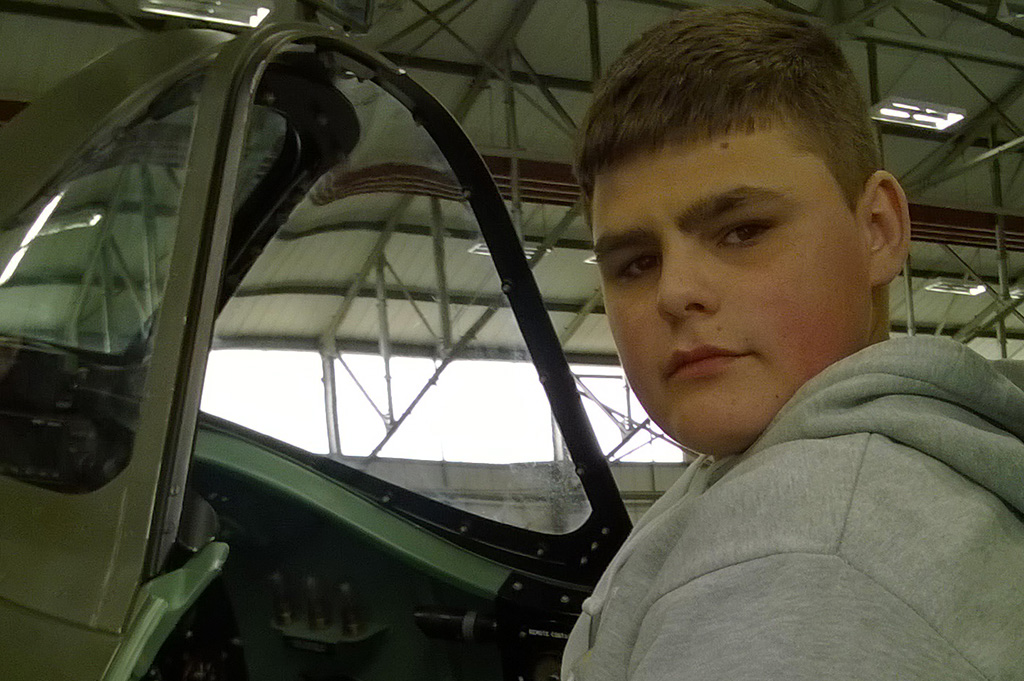 David has just completed his first year on the Blue Skies programme. Over the course of the ten sessions his confidence had improved and now feels much more focused at school.

His highlight was a visit to the Battle of Britain Memorial Flight (BBMF) at RAF Coningsby. He was so impressed with how the planes were used in World War II. This was a real turning point for David, he engaged with the pilots, asking thoughtful questions and he worked well in a team to solve communication problems. David is looking forward to starting Leadership Level 2 next year.