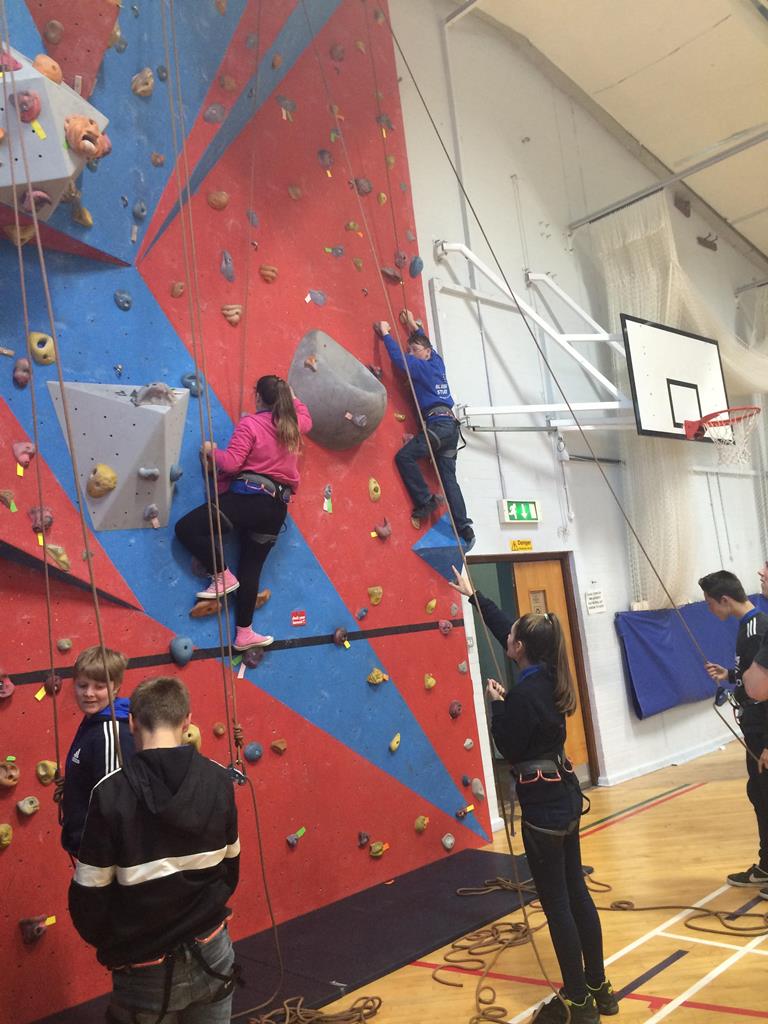 Blue Skies Level 2 students from Downham Market Academy were challenged to rise above their comfort zones today during a Leadership session hosted by RAF Marham. The morning was spent on the climbing wall, with two teams of students and their allocated student leaders supporting, encouraging and challenging each other to push themselves beyond what they thought possible.

Alex, 14, said “I was sure that I wasn’t even going to attempt the climbing wall, but I ended up doing it three times, and I’m so glad I did.”

Alfie, also 14, “I really felt able to place my trust in my team members and felt encouraged by the support of all the team.”

The afternoon session was courtesy of Rolls Royce, and involved a series of team challenges, including finding a “code” using the equipment used to detect faults in aircraft engines, and a guided tour of the inner workings of a Tornado engine, finished off with a demonstration of reverse thrust. 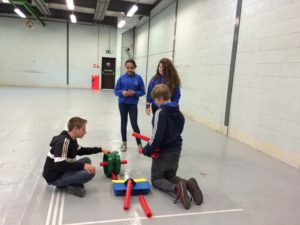 The winning team were rewarded with Rolls Royce merchandise, and all students thoroughly enjoyed both parts of the days’ activities.

Mrs Knott, the teacher accompanying the students, said she had been really impressed with the amount of support and encouragement the team had given to one another, and the way they had all achieved something to stretch themselves.