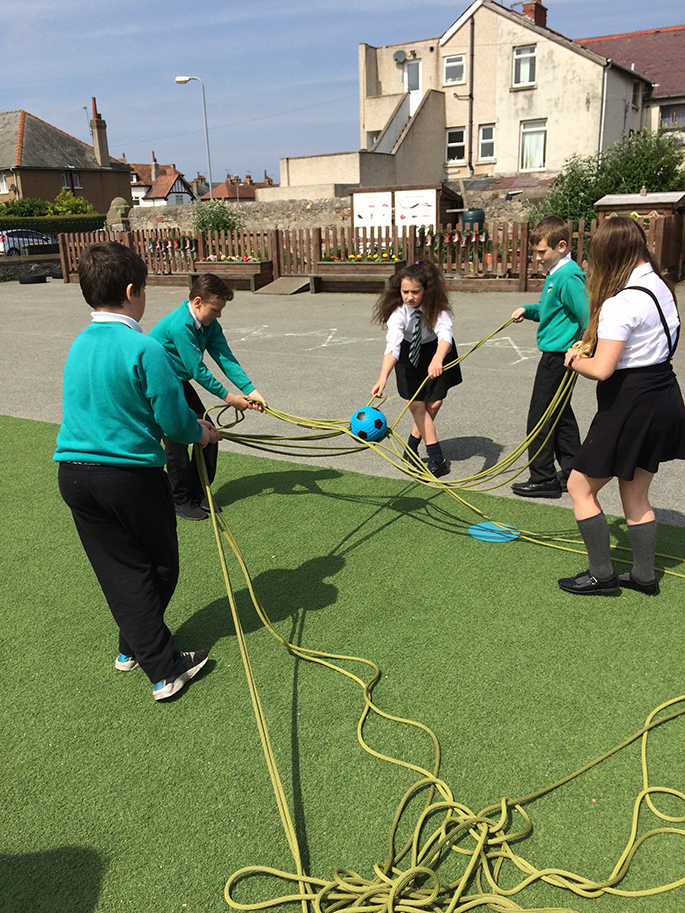 Sargent Major Fort hosted an assembly for the juniors at Ysgol Ffordd Dyffryn in Llandudno. His message was clear. Teamwork is a vital skill in all aspects of life. Fort used climbing as his main focus for the assembly and discussed the importance of planning especially when you are about to go out on an expedition. 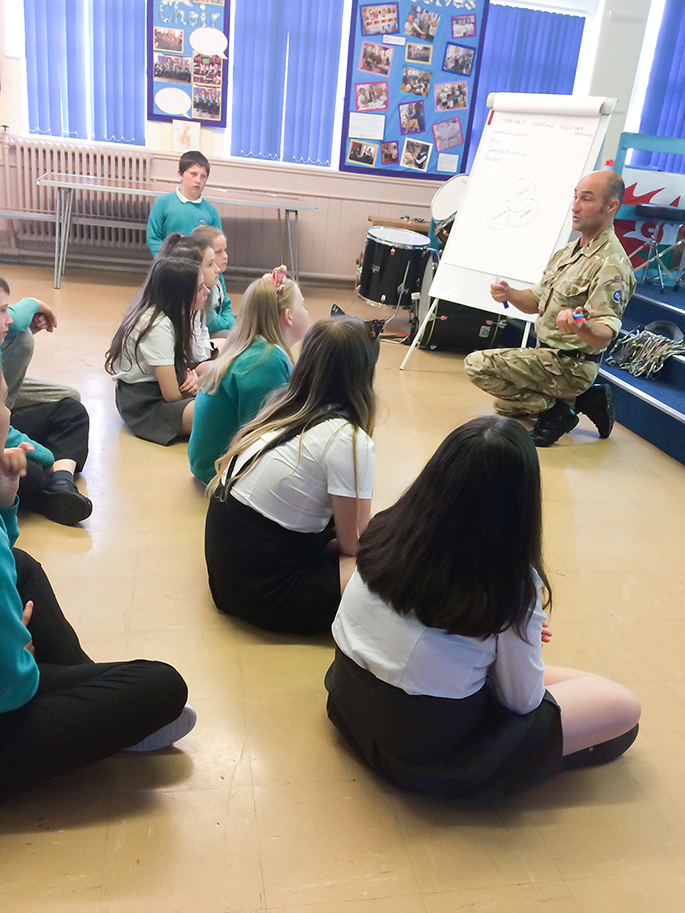 The assembly was very interactive where pupils got to try on pieces of climbing kit and watched a few short videos about different types of climbing. The look on the pupil’s faces said it all as they were gripped on everything Fort had to say.

I learnt that things may seem really easy but when you actually do it, it may be hard. – Cadence 11 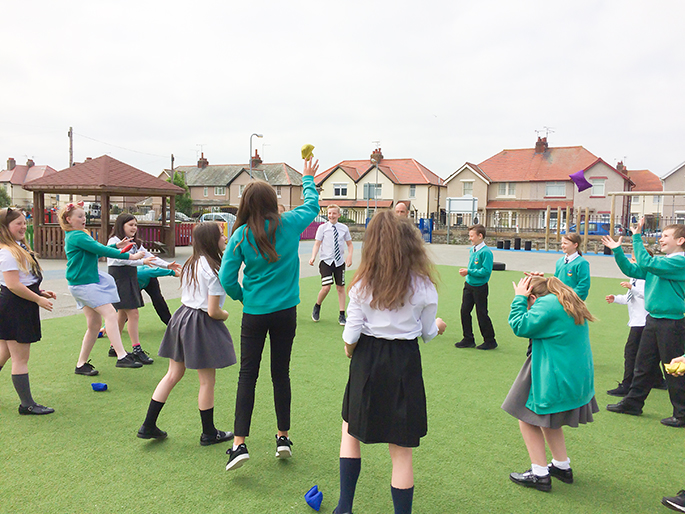 After the assembly Fort stayed on to run a problem solving session with the year 6 pupils on the JET Inspirational Outreach Programme. Fort continued his message about the importance of teamwork and the range of skills needed. 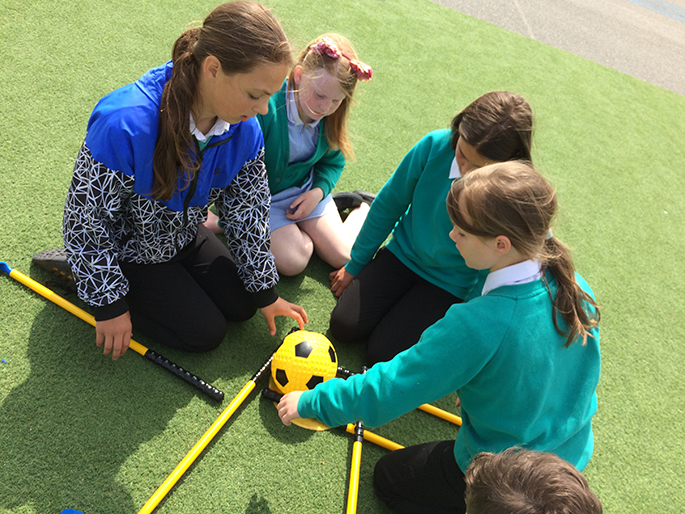 Fort also got the pupils thinking about their learning journey and the need to overcome failure in order to success. The pupils were set several challenges over the morning. At first the pupils found the challenges tricky however after realising that they needed to focus, co-operate and adapt their plans the pupils demonstrated that if at first you don’t success, try again and you will! 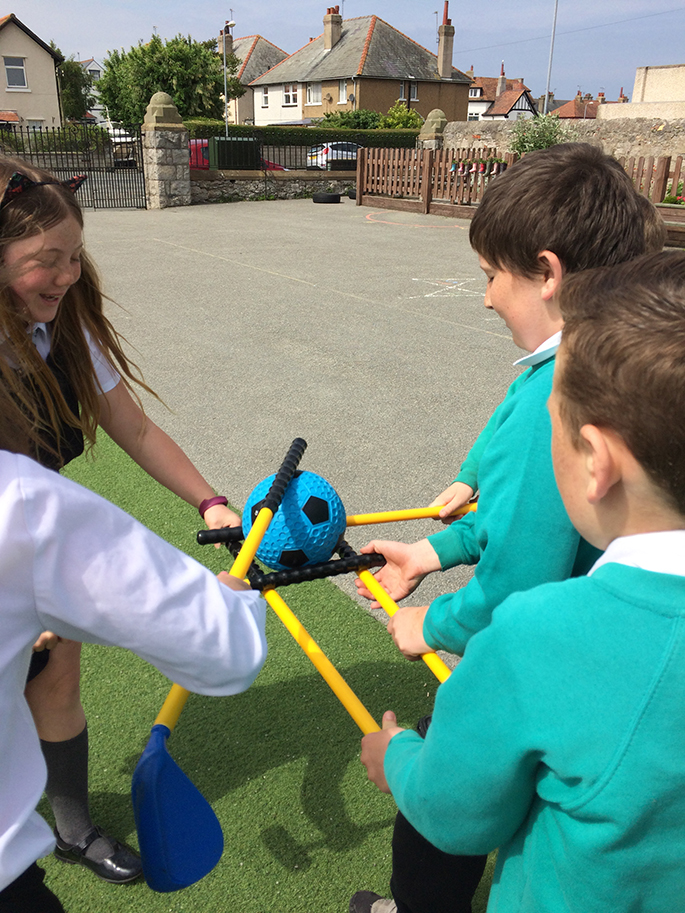 It doesn’t matter if you fail because you can try again. Biba 11 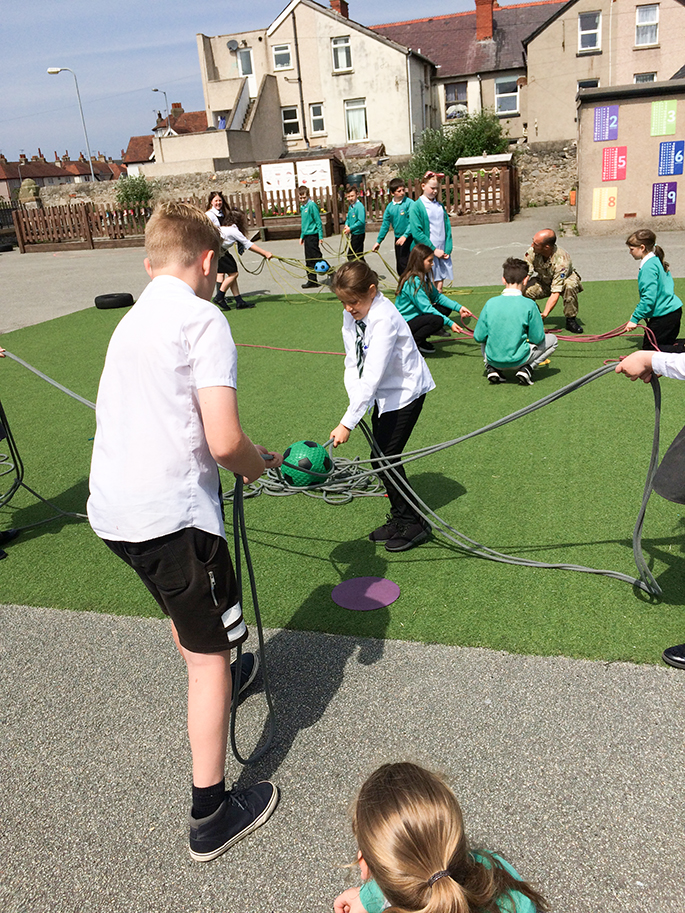