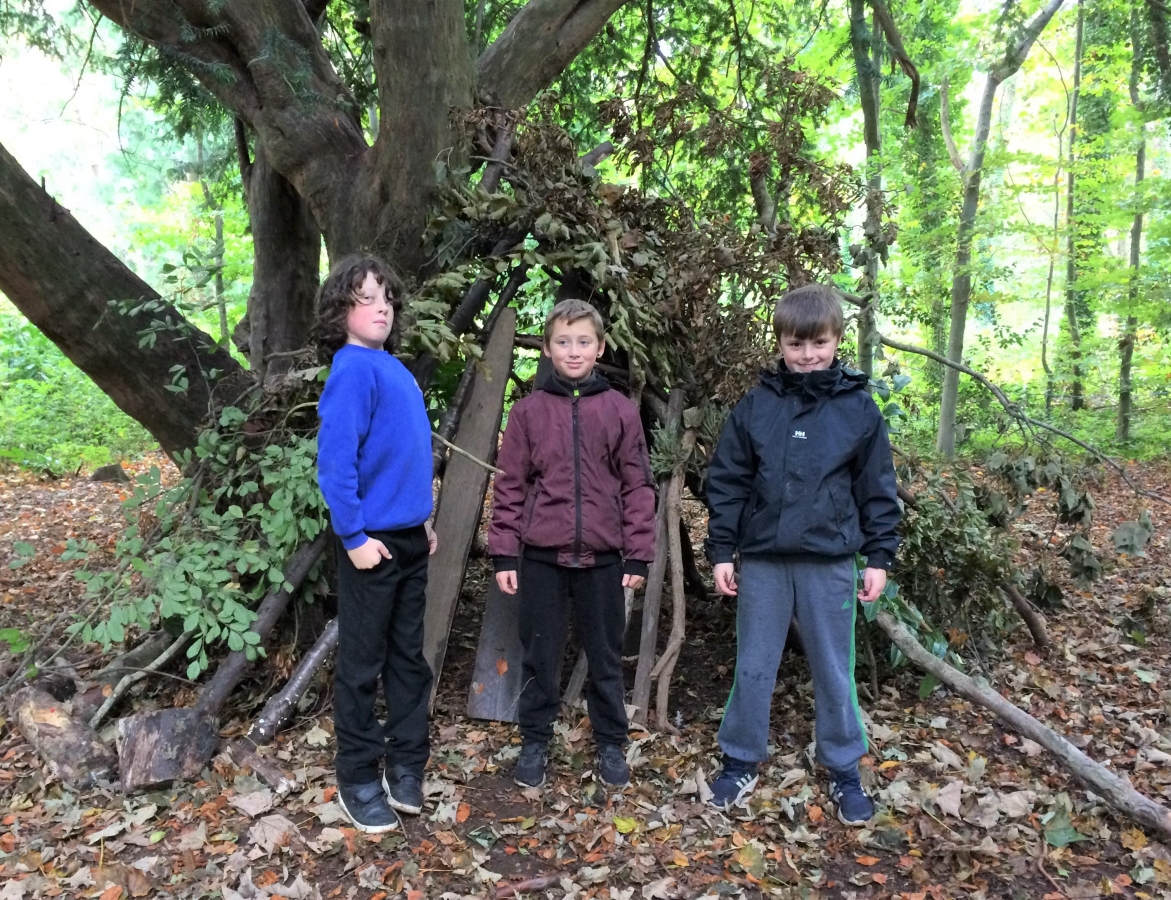 October was a very busy month for students in North Wales continuing with their Blue Skies Inspired Packages. 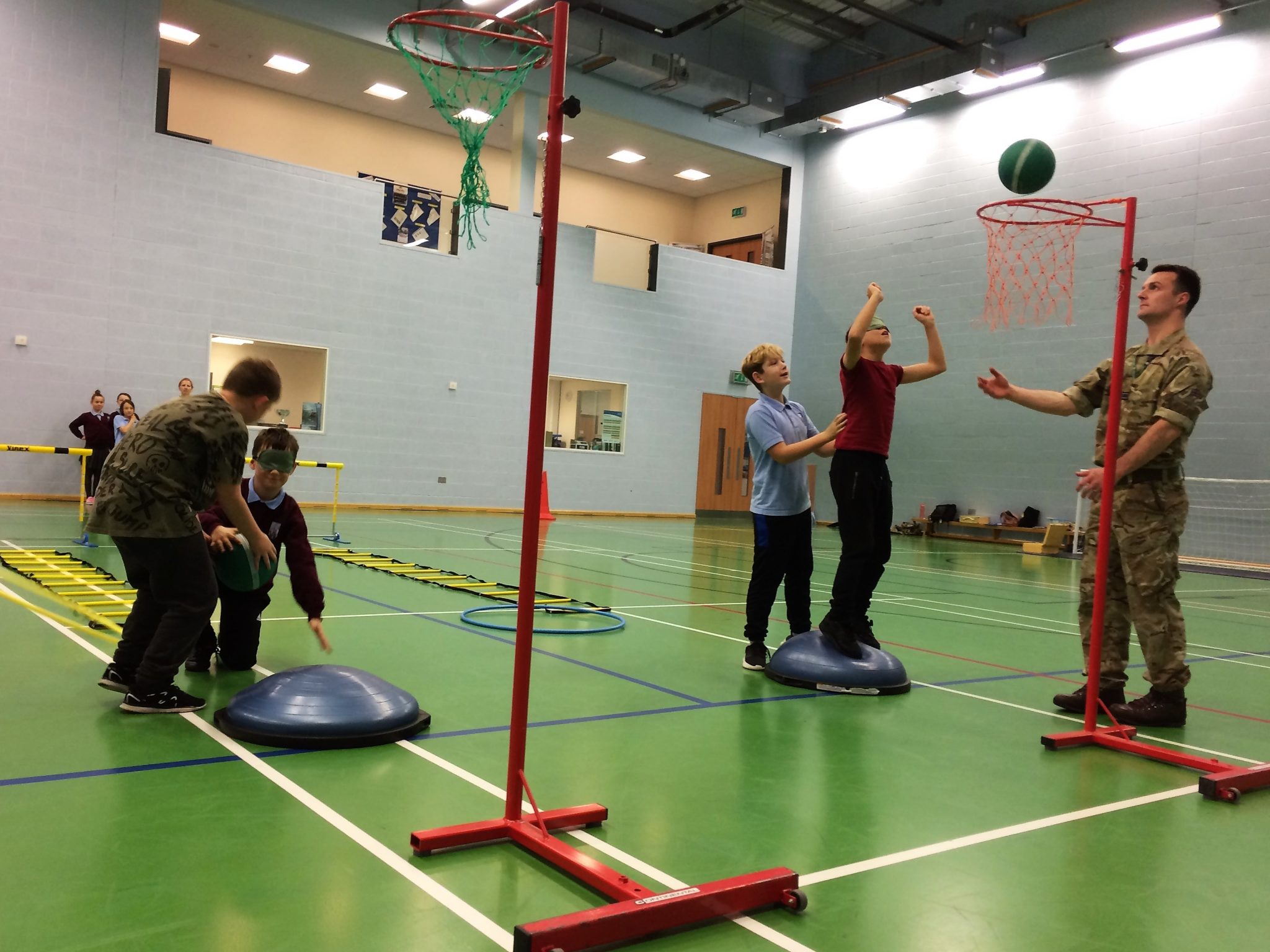 Students from Ysgol Llanfawr were put through their paces and there were no opportunities to get away with sitting on the sidelines. The students had to work together showing a range of teamwork skills from communication, support, encouragement, problem solving and co-operation. Activities included a timed number pickup game, a team fishing game and an obstacle course to name just a few. 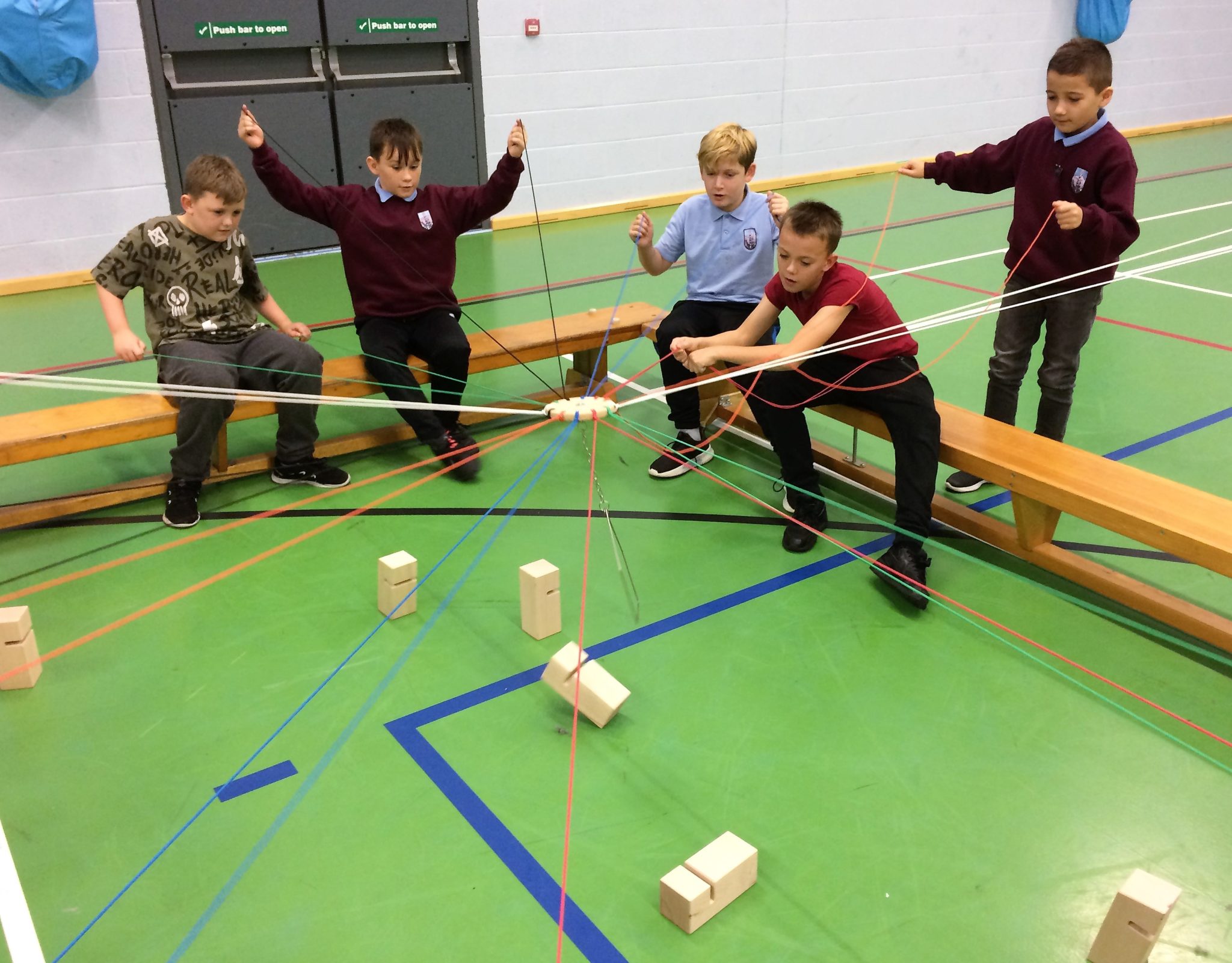 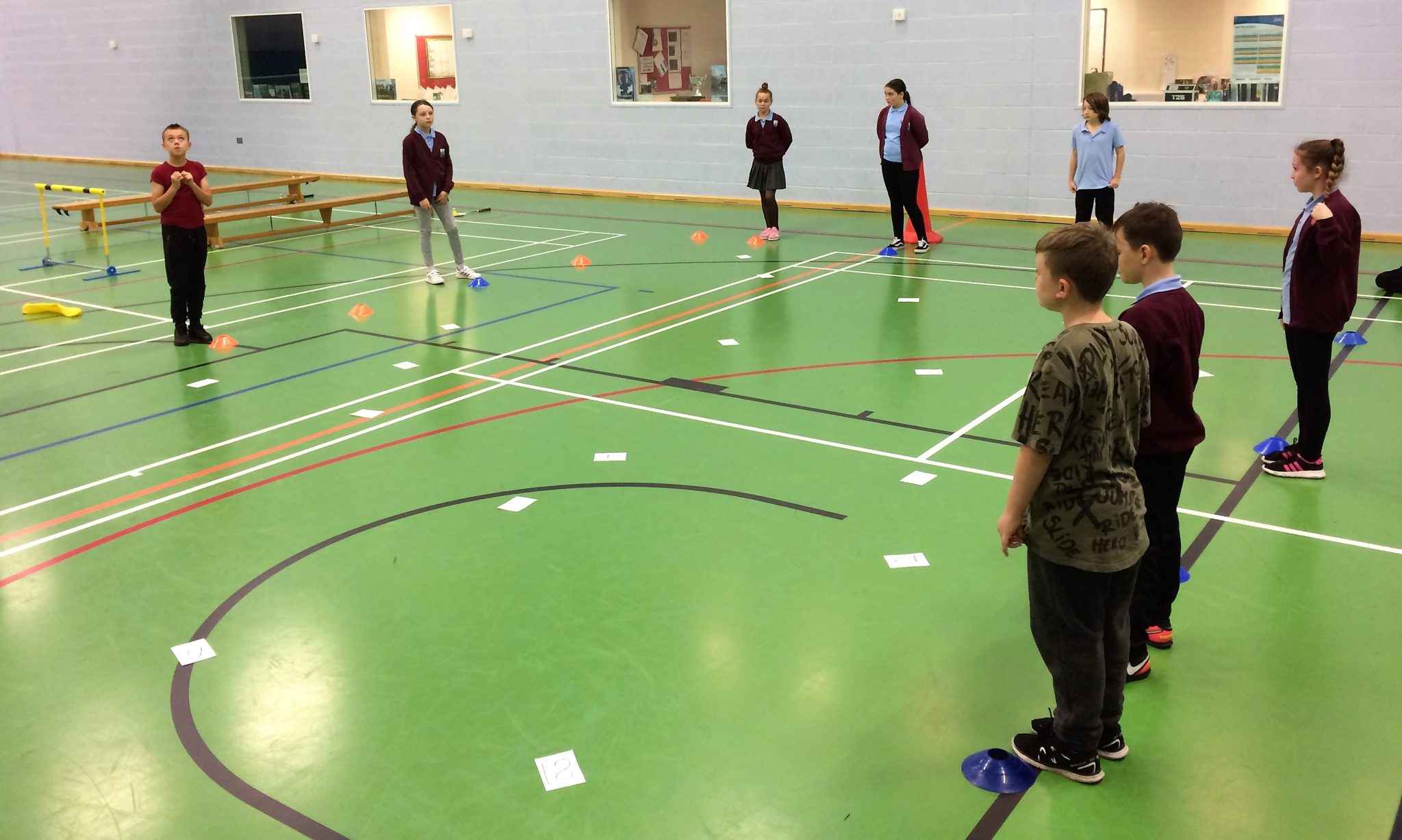 Ysgol Rhosneigr were also fortunate enough to have a tour of IV sqn and XXV sqn. Students were met by pilot instructors and trainee pilots who sat down with the students to chat about their job and where they fit in the large team of people needed to ensure that they get to fly the jets. 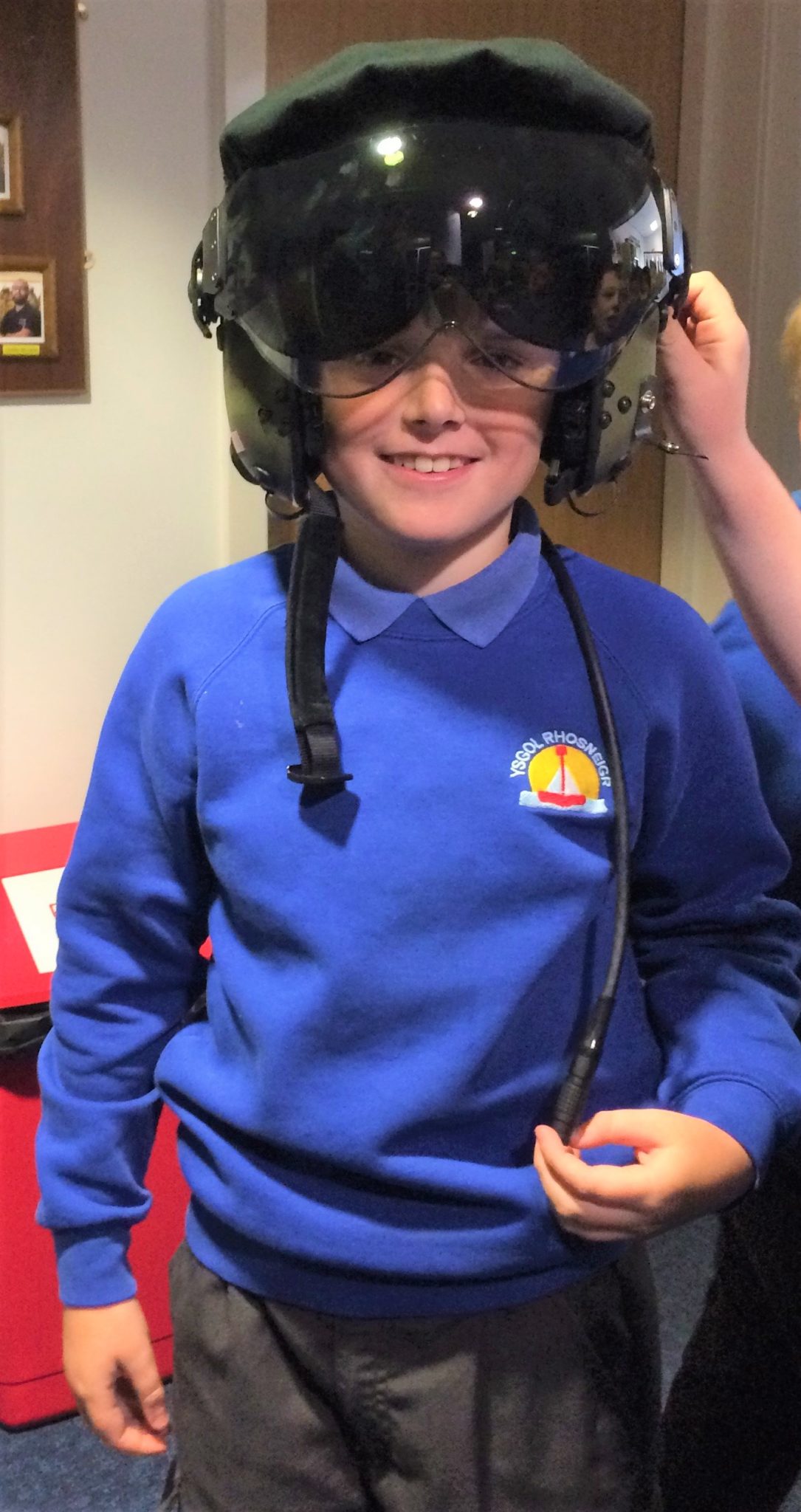 The students also had a tour of the locker room where they were able to see all the special flying gear the pilots have to wear and most spectacularly, the pupils were allowed to see the jets in the hanger. 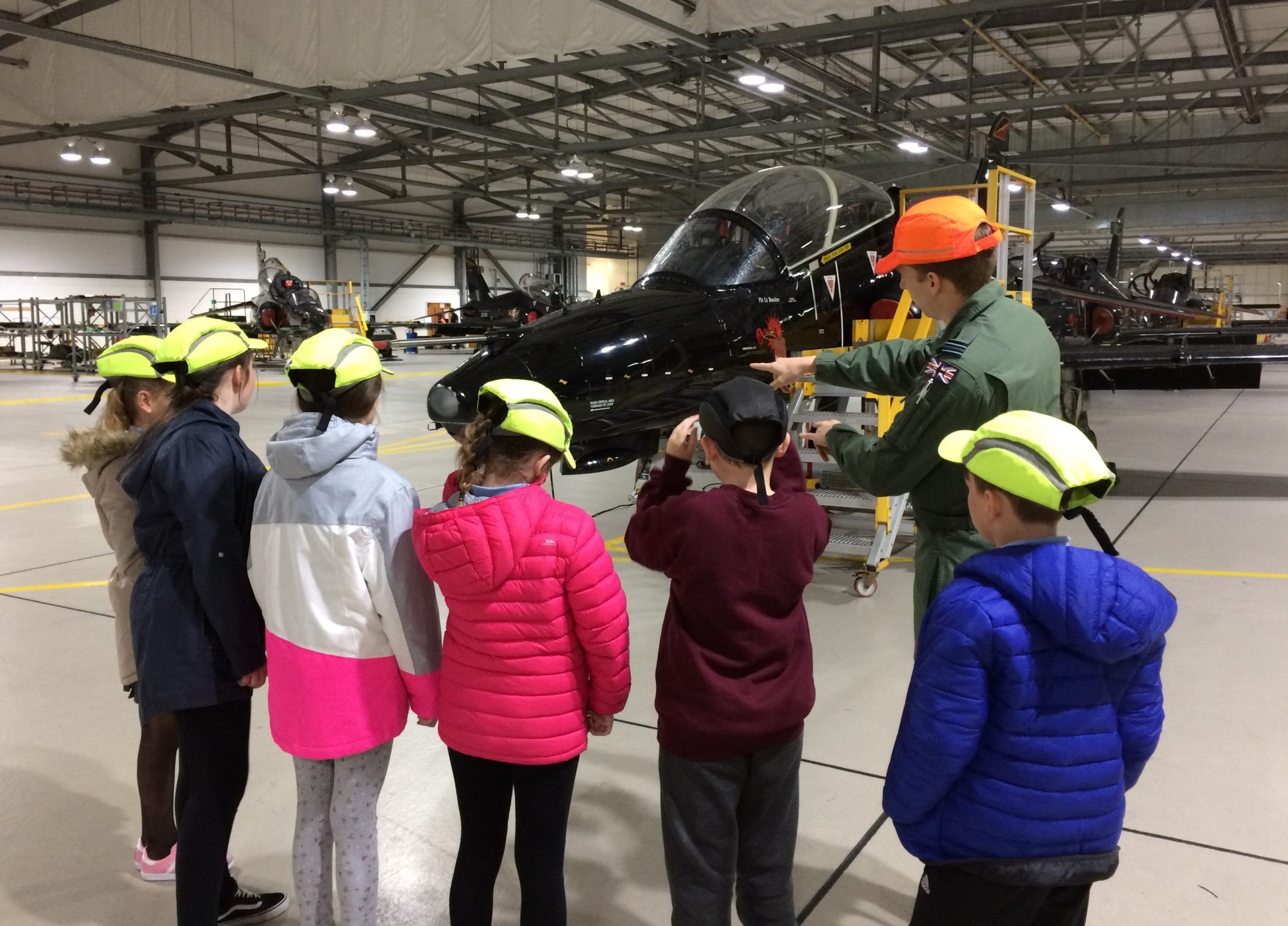 “I enjoyed wearing the pilot equipment and want to be an aircraft engineer now.” Grace 10,  Ysgol Llanfawr (Visit to IV sqn and XXV sqn)

BAE systems have also been very busy running sessions for both Ysgol Llanfawr and Ysgol Rhosneigr this month. Both school were set the challenge of building a tall tower, inspired by the worlds tallest tower –the Burj Khalifa. Students were given just an hour and a half to create their towers. The towers were made out newspaper that, when rolled tightly using a Stixx machine created sturdy rods. Many pupils decided to use a triangle shape in construction as they had learnt that the triangle is the strongest shape. Ysgol Rhosneigr were especially privileged to meet Mia the robot at the end of their session who was visiting North Wales. 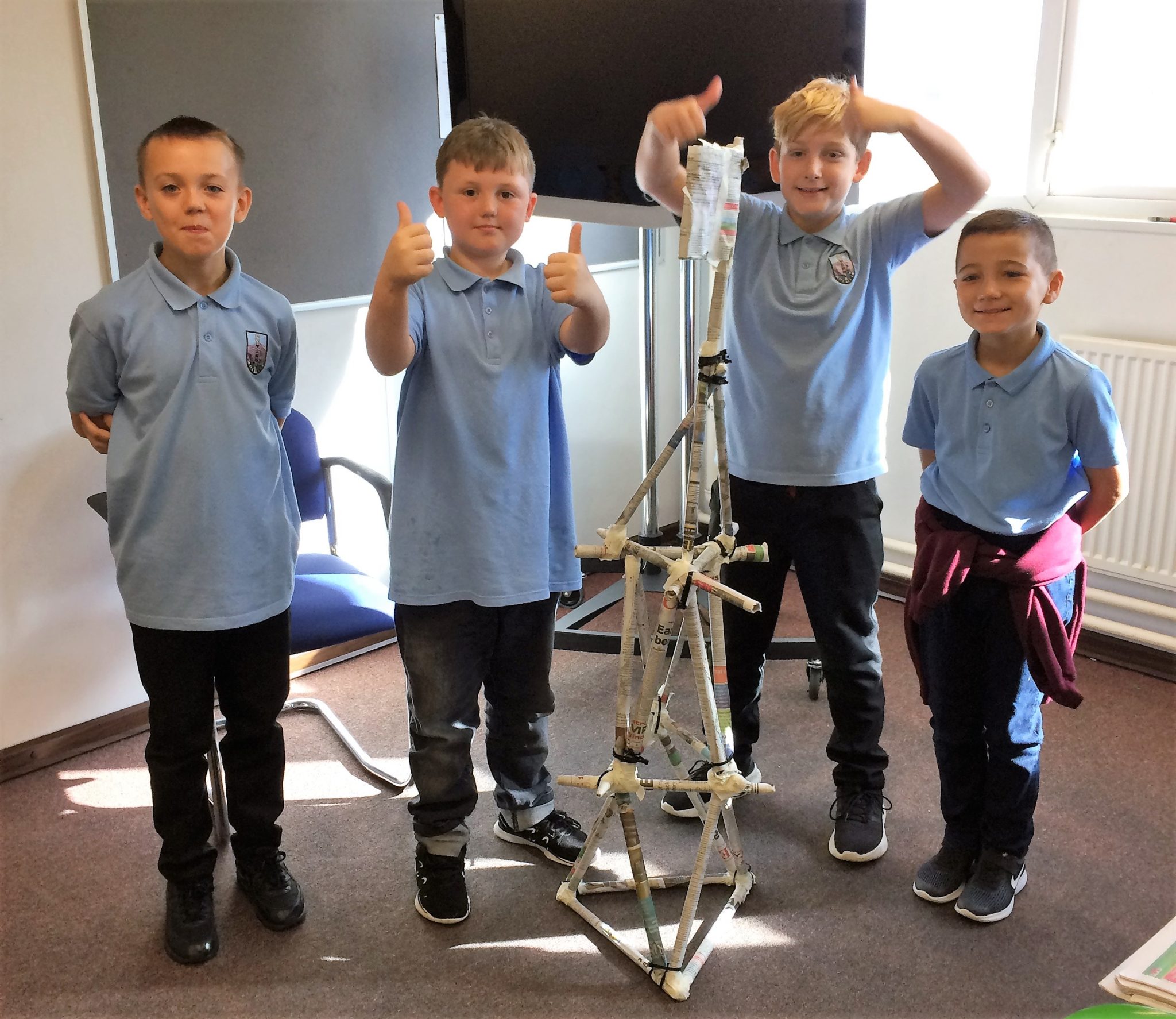 “I learnt that the strongest shape is a triangle. I really enjoyed meeting Mia and watching her dance. She was funny.” Menna 10, Ysgol Rhosneigr (BAE Systems session)

Wild Elements hosted another great day in the outdoors. Ysgol Rhosneigr had a fabulous day den building, cooking on an open fire and playing lots of fun teamwork games. Thankfully the rain held off and everyone had a super time. 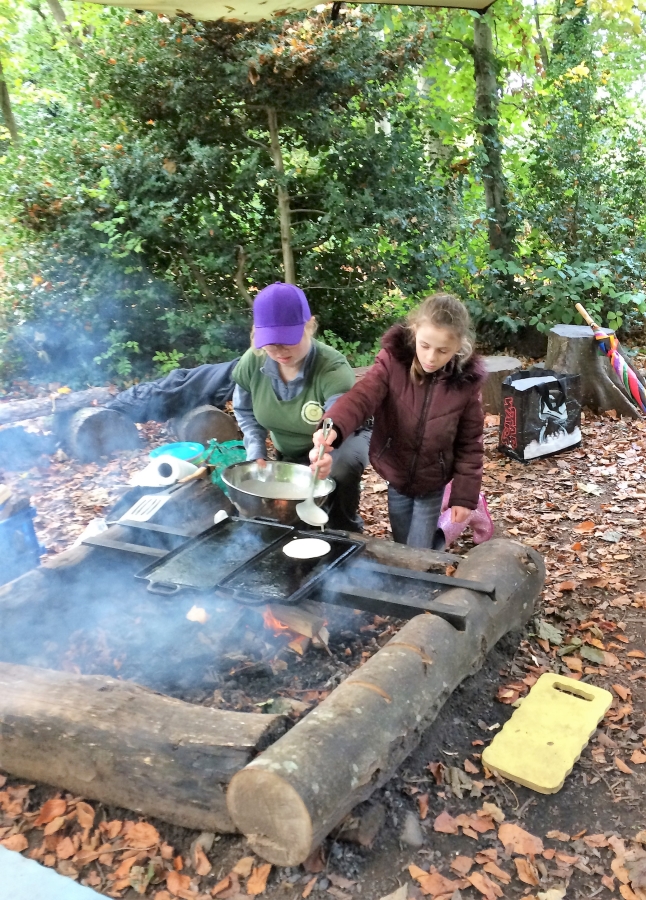 “We learnt so many teamwork skills like how important it is to talk to each other and to listen. The best bits were building dens because we all worked as a team. We liked being outside and doing different things.” Pupils from YsgolRhosneigr (Wild Elements session) 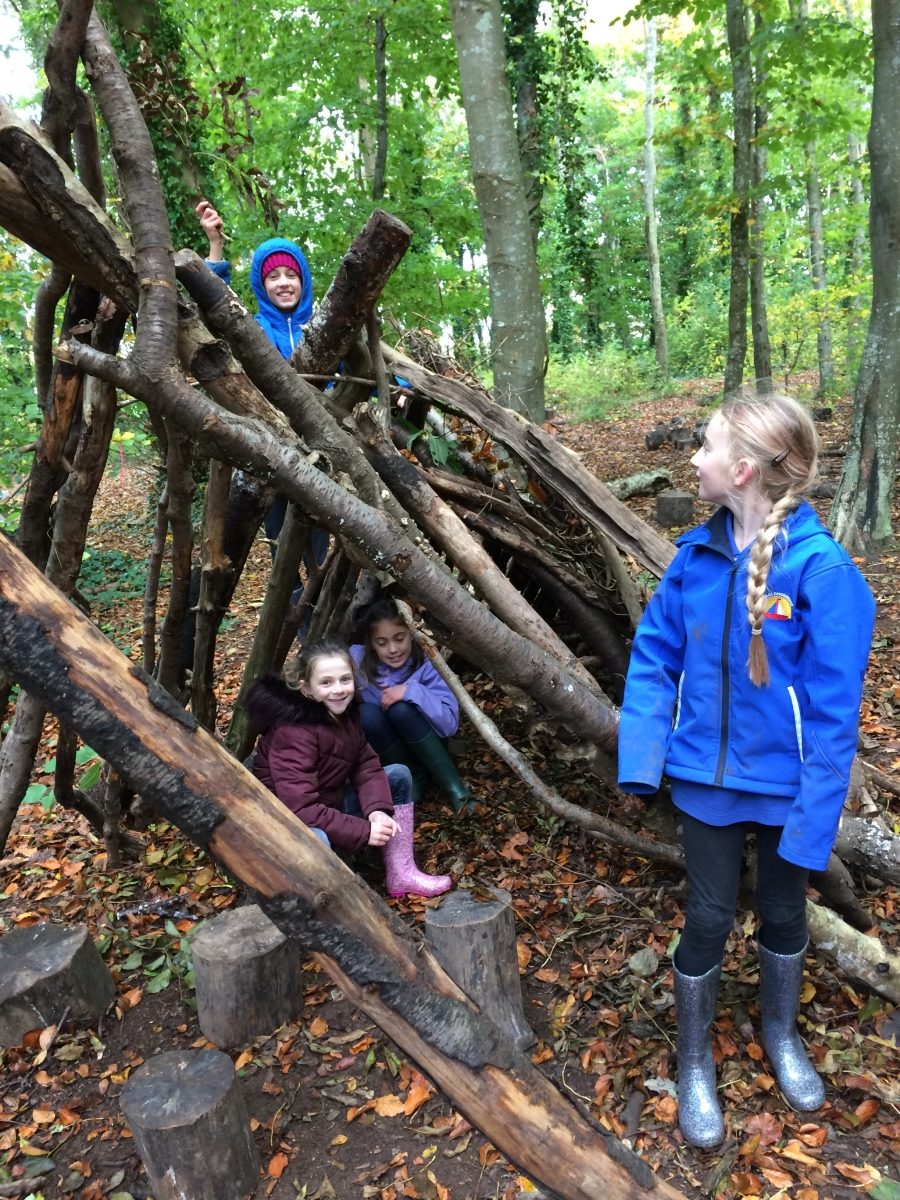 JET staff were not only busy accompanying the schools on all of the sessions but also ran some sessions themselves. The Blue Skies Inspired packages focus on teamwork skills. Our North Wales staff visited the schools to run a session, which included lots of fun games, all with the aim to helping the students to continue to develop many teamwork skills.